Zakat is a Tool to Build a Humane Society 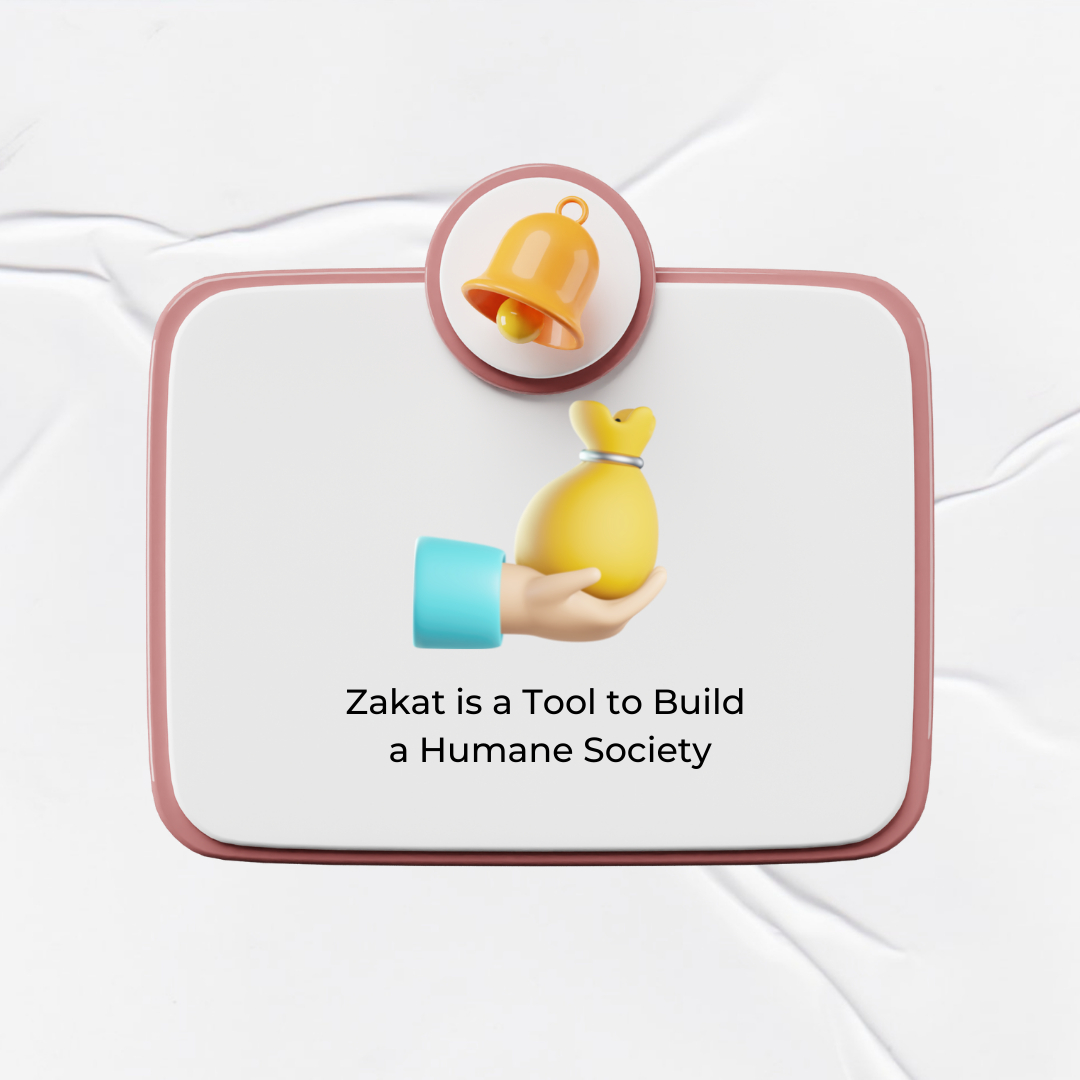 Zakat is a Tool to Build a Humane Society

Like prayers and fasting, zakat is one of the obligatory acts of worship in Islam. Zakat is the worship of money. It is obligatory to collect Zakat on the financially well-off people. Islam has clearly stated in which condition Zakat should be paid in case of financial security. The amount of zakat that a person has to pay has also been determined. There is also a formula for calculating the amount of Zakat and in which sectors the money of Zakat should be spent.

Zakat is an Arabic term. It means holiness, abundance, growth, praise, etc. In Islamic terms, zakat is a fixed portion of wealth that is unselfishly donated to a helpless Muslim. Zakat is the main tool for social security, economic development, and poverty alleviation of the helpless, needy, disabled, and disadvantaged Muslim population. Zakat is a tool to build a humane society. Human welfare is the key to zakat. A person’s wealth is sanctified through the collection of zakat, and the problem of a person deprived of that zakat money is solved. Zakat is the right of the rich to the wealth of the poor, which the rich man is obliged to collect. Allah Ta’ala has instructed in the Quran Majeed to pay Zakat along with Salat. The Qur’an instructs to pay Zakat a total of 32 times. Allah has spoken of paying Zakat seven times alone and 25 times with Salat.

After believing, the rules of Islam must be fully accepted and observed. There is no such thing in Islam that you observed some rules and did not follow some rules. Zakat should be paid just like the normal prayers. After collecting zakat, that money has to be spent in the designated sectors. There are various verses in the Holy Qur’an concerning the collection of Zakat: ‘Establish Salat, pay Zakat and bow down with those who bow down.’ (Baqara-43) Muzammil-20) ‘Establish the prayer, pay the zakat and obey Allah and His Messenger.’ (Mujadallah-13). Regarding those who do not pay Zakat, he said: “Those who do not pay Zakat are the disbelievers who deny the Hereafter.” (Ha-Meem Sajda-6). From these few verses, we can easily understand the importance of Zakat. But unfortunate but true, Muslims have not yet fully understood or tried to understand the importance of Zakat. It is true that Zakat is not paid properly in the Muslim society and the collected Zakat is not spent properly.

A little in-depth review will make the point clear. Such a man eats interest to increase wealth, But in reality, the wealth of the usurer does not increase. Because in the system of interest the money of the poor goes into the hands of the rich, But those who pay interest do not have money in their hands. As a result, they do not have purchasing power. In this situation the economy comes to a standstill, poverty is created in the society and the gap between rich and poor in the society widens. On the other hand, as a result of collecting zakat, the wealth of the rich goes to the poor. As a result, the poor have money in their hands and their purchasing power increases. As a result, the wheel of the economy is turned, the number of poor in the society decreases and the inequality between rich and poor in the society also decreases. Equality is created in society. In this way, society is developed for the welfare of the zakat system.

The usurers gain the displeasure of Allah. And as a result of paying Zakat, people get the pleasure of Allah. And as a result of paying Zakat, people achieve success in both this world and the hereafter. There is no opportunity to spend zakat money in the sector. Because Allah Himself has determined the eight sectors of paying Zakat. Regarding this, Allah says, ‘Surely charity is being given (eight types of people will get zakat). Fakir, 2. Miskin, 3. Those people who are engaged in charity work, 4. Those infidels, whose hearts need to be attracted, 5. Freeing slaves, 6. Helping the debtors, 6. Jihad in the way of God and 6. For use by travelers in need. This is from Allah. So zakat money has to be spent in these sectors.

It is obligatory to pay the full amount of Zakat as calculated. In this case.

There is no opportunity to collect partial zakat.

Let us all attain Allah’s satisfaction by paying Zakat at a fixed rate spontaneously. At the same time, I have a role to play in alleviating the sufferings of society. Anyone can set up a zakat fund with their own zakat money. From that fund, zakat money can be spent to solve the problems of helpless and deprived people in society. If the rulers of every rich family take the responsibility of educating the child of a poor family in higher education with zakat money, then the society will easily be enlightened in the light of education. Similarly, if every business and industrial group of the country manages a zakat fund under their supervision and stands by the helpless and deprived people of the society with the money of that zakat fund, then the society will improve automatically.

Islam is the religion of humanity. Human welfare is the essence of Islam. That is why Islam has linked all its activities with human welfare. Zakat is its burning example. The responsibility of the rich towards the poor has been created through zakat. Arrangements have been made to establish equality, harmony, and humanity in society. Zakat money can be distributed throughout the year. However, all the zakat of the year should be paid before Eid-ul-Fitr.

Spend the money for the welfare of the helpless people from the possible amount of Zakat money fixed on you throughout the year and pay the remaining money before the final calculation of Zakat before Eid-ul-Fitr. Then all the deprived, helpless, and poor people will have Eid smiles on their faces and their houses will be illuminated with Eid happiness. And this is the success and beauty of human life. Muslims, as well as non-Muslims, can spend money on the poor in the zakat system. Because this money will be spent on human welfare. Through this let us eradicate hunger, poverty, illiteracy, and deprivation from society and establish a humane society.