The Transformation of Bangladesh in 50 Years is Wonderful 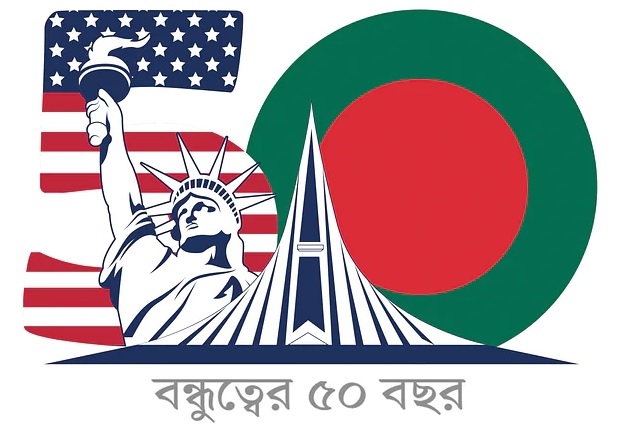 The Transformation of Bangladesh in 50 Years is Wonderful

In the memorable five decades of Bangladesh’s independence, it is good to think that the United States is one of the best partners in Bangladesh and we want to take that partnership further in the next 50 years. We joined hands on this day in 1972. Since then, the United States has provided 8 billion or more than Rs. 60,000 crore in development assistance to Bangladesh.

We have worked in partnership with Bangladesh to save lives in the deadly cyclone, fight terrorism and human trafficking, and help the people of Bangladesh lead a healthy and prosperous life.

The United States has recently provided 81 million doses of the Covid-19 vaccine to support your efforts to combat the epidemic. Note that Bangladesh is the largest recipient of the vaccine dose given by the United States worldwide. We have done what friends do for each other.

The people of the United States and Bangladesh want the same — they want a vibrant, secure, and prosperous democracy an accountable judiciary, and basic human rights for all. Bangladesh can have confidence and trust in our partnership in the coming decades to achieve this common goal.

The transformation of Bangladesh in the last 50 years is wonderful. After emerging as an independent and sovereign nation from those terrible days of the War of Liberation, Bangladesh’s economy collapsed, the country’s infrastructure was destroyed and the country’s best intellectuals were brutally murdered.

But that situation ended long ago. Now Bangladesh is widely acclaimed worldwide as a success story. Due to the initiative, capability, and innovative energy of the people of Bangladesh, the country has made rapid progress in health and literacy, has been able to be 100% electrified, and has become one of the fastest-growing economies in the world.

Honestly, Bangladesh will soon rise to the status of a middle-income country, which is undoubtedly a remarkable achievement.

The bond of the people with our people started even before the independence of Bangladesh. In 1952. Fazlur Rahman Khan was the first Bangladeshi to receive a Fulbright Scholarship. He received his doctorate from the University of Illinois at Urbana-Champaign. His path to architecture has been acclaimed around the world, beginning with my home state of Illinois in the United States.

The Willis Tower and the John Hancock Center in Chicago stand as evidence of the long-standing relationship between the people of our two countries. Similarly, the banyan tree planted by Senator Edward Kennedy at Dhaka University is a symbol of our close friendship.

The United States and Bangladesh have a common historical experience. Both our countries have fought a bloody war for independence and are united by their deep faith in democracy. They know that democracy is a process and has no final form.

In the United States, we have seen unspeakable and indescribable violence and racism. The American people are honestly and openly tackling such issues, and sometimes they are calling for people to be held accountable and for effective change. Many are doing the same in Bangladesh and we appreciate their courage.

The people of the United States and Bangladesh want the same — they want a vibrant, secure, and prosperous democracy an accountable judiciary, and basic human rights for all. In the coming decades, Bangladesh can have confidence and trust in our partnership to achieve this common goal.