Real Madrid is closer to the title in La Liga 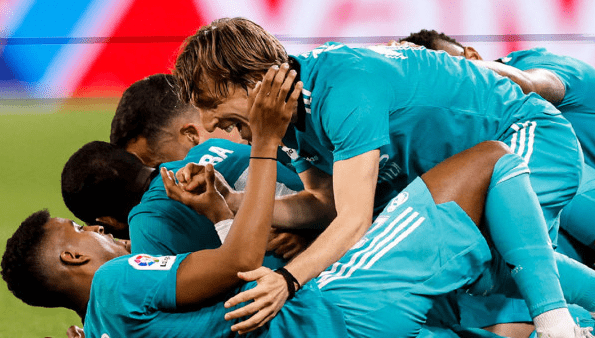 Real Madrid is closer to the title in

Real Madrid came closer to the title in La Liga. Galacticora came back victorious after falling behind Sevilla by 2 goals.

Meanwhile, the tabletop PSGO of the French league has won. Neymar and Mbappe’s goals at home gave the Parisians a 2-1 victory.

Real Madrid is writing the story of his return this season. With such victories against Chelsea and Paris Saint-Germain in the Champions League 2022, they are now in the semi-finals. He also set a great example in La Liga. Even after falling behind by two goals against Sevilla, they got a great victory.

However, it seemed that the match would end in point sharing. In the end, Real returned from the field of Sevilla with an incredible victory in the goal of Karim Benzema in extra time. This is Sevilla’s first defeat in La Liga this season at home.

Real is top of La Liga with 23 wins from 32 matches and 75 points from 6 draws. Barcelona played two matches less with 60 points. Sevilla and Atletico Madrid have the same points in 32 matches. Sevilla is at number three. Real need just 10 points from the remaining 6 matches to win the league title.