Oppo F21 Pro smartphone has been released in Bangladesh 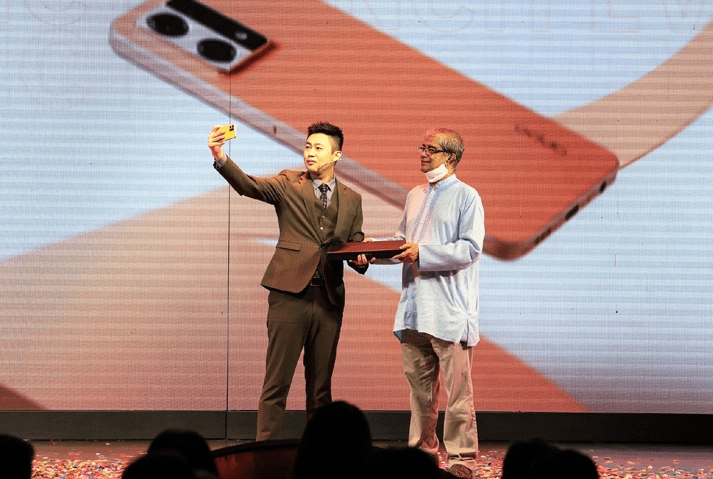 Oppo F21 Pro smartphone has been released in Bangladesh

Oppo has unveiled the F21 Pro smartphone in the country’s market. The new F-Series smartphone was unveiled at a hotel in the capital on Sunday. Apo’s new A phone has a microlens camera, with a Sony IMX609 flagship selfie sensor. Minister of Posts and Telecommunications Mustafa Jabbar, Damon Young, CEO of Apo Bangladesh Authorized Exclusive Distributor, and a representative of Grameenphone, Apo’s main operating partner were present on the occasion.

The market price of the F21 Pro device has been set at Tk 28,990. It can be pre-ordered from April 11 and the first sale will start on April 18. The front camera of the Oppo F21 Pro device has IMX609, the country’s first selfie sensor (jointly developed by Oppo and Sony) and emphasizes RGBW sensor technology. The IMX609 will be able to capture 60 percent more light than the standard RGGB sensor, as well as reduce noise by up to 35 percent.

Damon Young said Apo’s goal is to enrich people’s smartphone experience by bringing technological excellence to the mix of innovation and art in smart devices. Oppo’s F-Series lifestyle-centric devices have a reputation for attractive design and sophisticated features. The F21 Pro device is no exception.