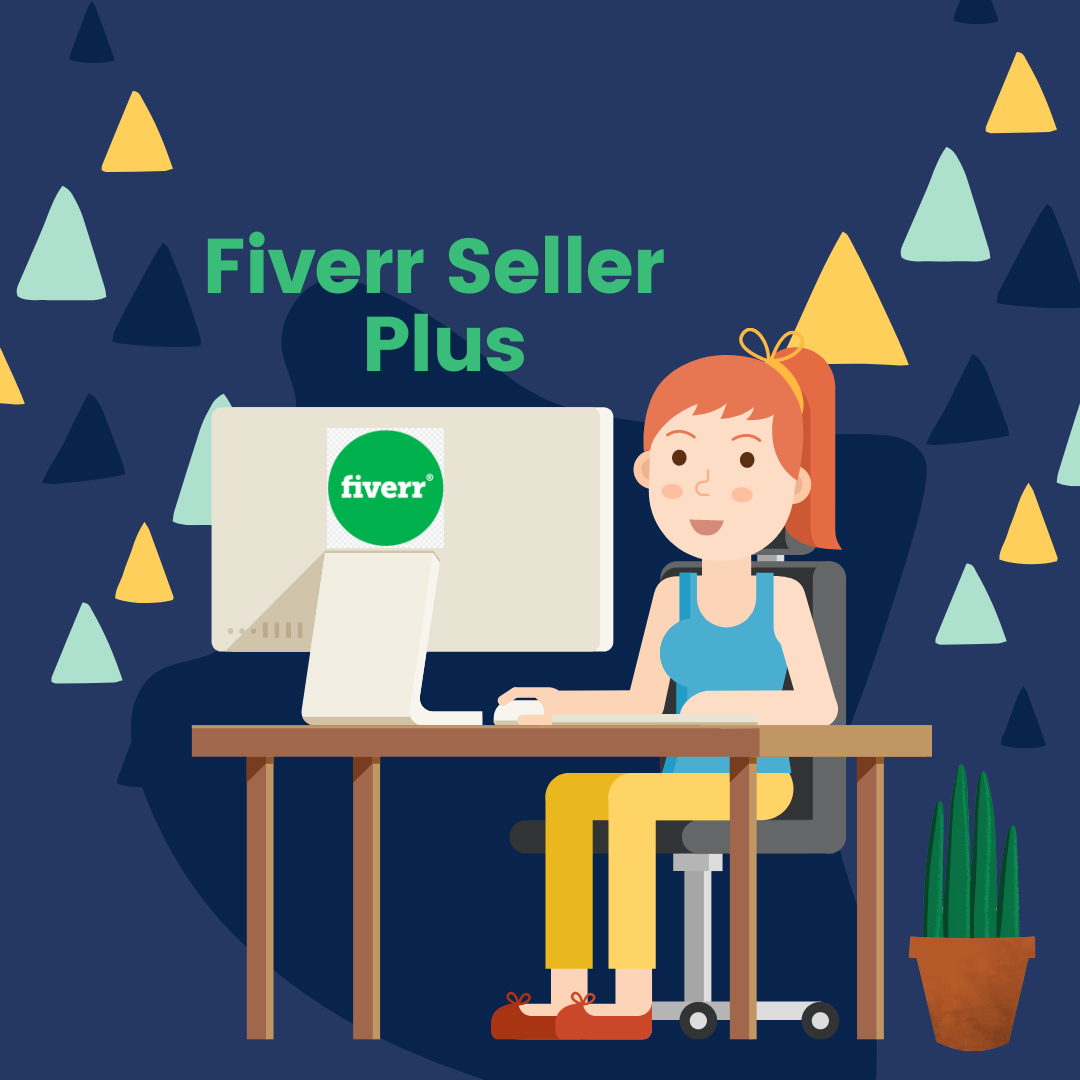 Many people have curiosity and questions about Fiverr Seller Plus. Many people in the inbox have asked me about this. The problem is I haven’t turned it on myself yet. So it does not launch itself, how do I review it? However, I wish to launch it soon and if I get any benefit from it, then share it with the group.

I was actually waiting for reviews from other sellers. Honestly, I hope many will share their experiences in detail. But I did not see anything like that. It is also true that we have a tendency to hide something. Anyway, this kind of program has been running in Upwork Marketplace for a long time and I have been using it regularly since I got top-rated there. So based on that experience and as far as I know about this new feature of Fiber, we can make a comparative discussion. Which, of course, made the video an overnight sensation.

Over the last several years, there has been a kind of unhealthy competition between marketplaces. Especially between fiber and Upwork. I can give some examples. From the beginning, Fiber used to deduct 20% from the income of sellers. On the other hand, Upwork cut 10%. But after seeing the fiber, they also started deducting a 20% ​​fee. There was a lot of discussion and criticism about it then. Although it doesn’t matter to them. Many at the time called for an Upwork boycott. But who listens to them. However, they have some good options, such as if the income from a specific buyer is above 500, then the fee will be deducted at 10%, and if the income above 10,000 will be deducted at 5%. As a result, those who do small things suffer the most. After the Fever buyer starts charging a service fee at the time of ordering, Upwork also starts charging a service fee.

At one time Upwork had a test system, but it turned out that all the answers were available on the net, so everyone copied them and started getting good test results in Dedarse. I myself was in the top 10% -20% in 15 Tests. Seeing this, they removed all the tests from everyone’s profile. Although it is possible to take the test now, I did not go that way. Fiber, meanwhile, turned on the test system to show Upwork. The result is that there are now hundreds of groups and spammers who, in order to pass the English test and other tests, are constantly spamming the group. Even boosting business is booming. However, Fiber is a marketplace beyond the neck, they will not easily omit this test system. As a result, Batpars will continue for a long time.

Behind the goodness of Fiber, their remarkable gig system is the main driving force. As a result of this, Upwork has come up with a clone copy of Fiber’s Gig called “Project”. Although it is still in its infancy. After all, it will definitely do well in the future. Because the big sellers have already started getting jobs through it. I finished a job myself today. As I said before, Upwork already had a plus membership, so now it’s time to copy Fiber. They also came up with Fiverr Seller Plus following Upwork. Upwork deducts $15 a month for Plus Membership, while Fiber deducts 29. The benefits of Upwork Plus membership are mentioned below.

The problem is that if you want to survive in Upwork, there is no way without this plus membership unless you have a regular buyer. And even after taking the plus membership, you will not get regular work. Because most sellers have taken it. As a result, the pumpkin is the pumpkin. Huge gains of Upwork from the middle. Even so, owning one is still beyond the reach of the average buyer. As a result, more unhealthy competition has started. For example, after buying 60 connections per month plus membership, I still need to buy additional connections. It costs an average of $25 a month to get a job. Meanwhile, Upwork is turning red.
Seeing this rumor system of Upwork, why would Fiber stay sitting? They also came up with “Fiverr Seller Plus System“. Let’s take a look at the benefits of this feature.

Now my personal opinion is that in order to survive in the marketplace, you have to follow their whims. There is nothing to do. Where Fiber now controls all traffic and sales. There was a time when someone did a regular good job and got a good order, the gig would sit in the ranks month after month. No need to worry about cells. That day ended long ago. Now you have to dance the way Fever will dance to you. I have already said that there is nothing to do. Those who do regular research have already noticed that your cells have decreased a lot since last month. My own cell has dropped 50% since last month for no reason. Of all the people I’ve talked to, almost all have dropped more or less this month. Although they are in the gig rank. However, there are some alien species of cellars, no matter how many tsunamis and storms, their cells do not decrease, I do not know the truth. These aliens are different.

My findings are that Fiber is deliberately reducing your gig’s impression clicks so that you can quickly take their seller plus membership. Because it’s their business plan to deduct $29 a month or $348 a year from sellers who are doing well anyway. Those who do not take it will fall behind others in any way. As Upwork is doing with its sellers. That is the difficult reality. However, turning it on does not mean that your cell will flood. However, if you can use this option very wisely, your cell will undoubtedly grow. So I would say, if you can afford it, quickly turn on this feature and monitor the results for at least 1 month. If you feel better, keep going. And even if you don’t feel good, keep going, don’t stop, if the performance is bad, ask your dedicated manager again and again, why you are not doing well. They will help you.

Honestly, the way my cell has worked, it can’t be delayed any longer. This feature needs to be turned on quickly. A question may arise in the minds of many that if I turn on this feature, I will keep the gig promotion feature on, in my opinion, G must keep it on, because Upwork now also has to boost the cost of connections, so that the proposal reaches the buyer first. Fiber’s promotion system is a lot like that. So there is nothing to do. As long as you rely on the marketplace, you have to be like them. Our hands and feet are tied. There is nothing to do. Only outside of the marketplace, if you can work independently with the buyer you will get the real taste of freedom.

4 thoughts on “Fiverr Seller Plus”