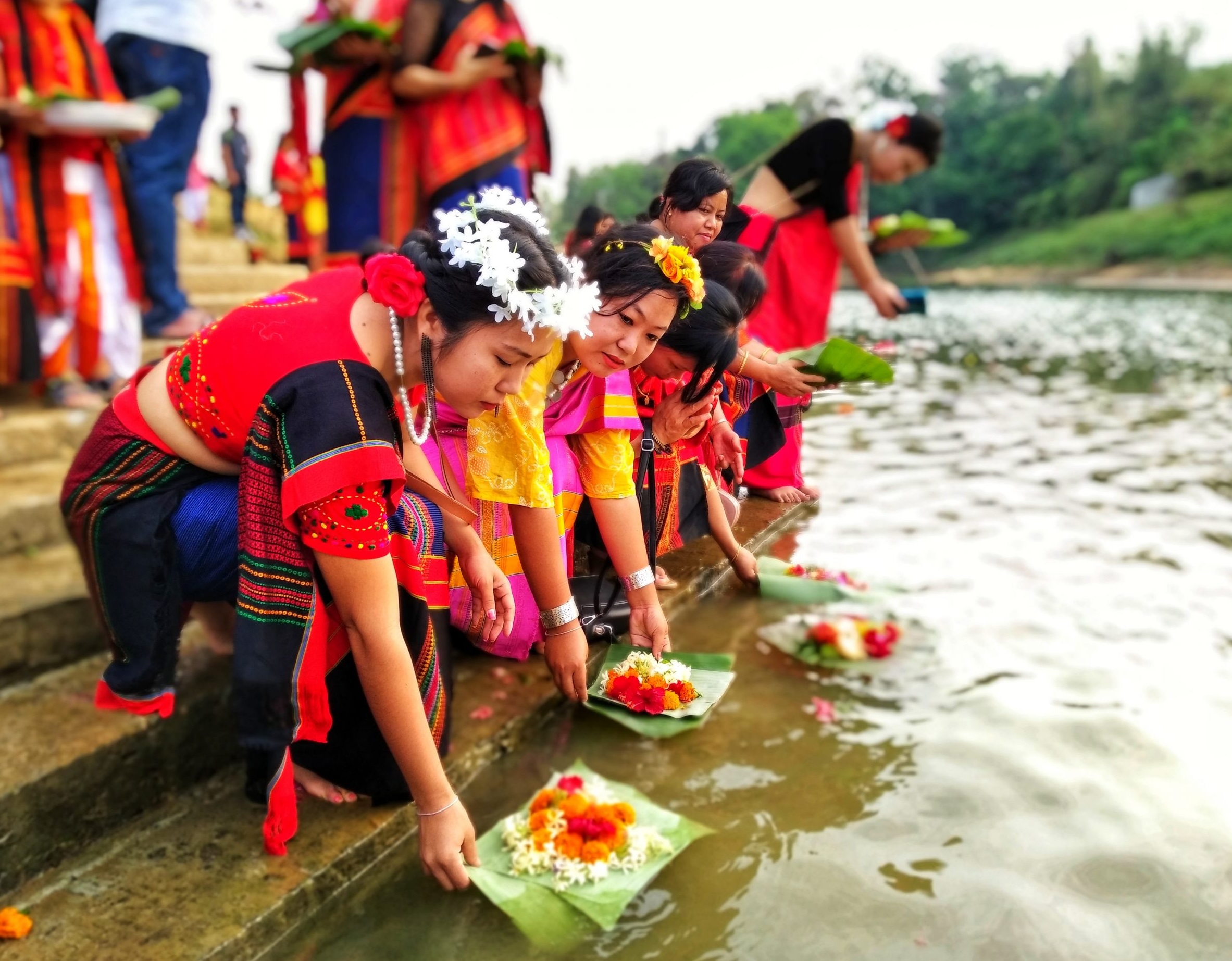 Vaisabi, the festival of life, started in the Chittagong Hill Tracts by floating flowers in rivers, lakes, and hills. Apart from floating flowers, they are saying goodbye to the old year and welcoming the new year by lighting lamps and praying for happiness and peace.

The colors of Vaisabi festival have spread in the three hill districts of Rangamati, Bandarban, and Khagrachari. A flower-laying ceremony was held at Rajban Bihar Ghat in Rangamati town at 6.30 am yesterday. Rangamati Deputy Commissioner Mohammad Mizanur Rahman and other senior officials were present on the occasion. Biju, Sangrai, Baisuk, Bishu, Bihu and Sankran celebration committees organize flower floating festivals. Visiting the festival, it is seen that people of all ages including children and teenagers from different areas have gathered at Rajban Bihar Ghat with flowers. As the day progressed, the festival area became crowded. They put flowers on the banana leaves and prayed for happiness and peace in the new year.

Panchhari Rubber Dam in Khagrachhari, Chengi River, and Maini River in different places on the hill men and women started the festival by floating flowers. Antra Chakma (62) from Pujgang area, eight kilometers away, came to float flowers at Panchhari Rubber Dam. Corona did not come to the Chengi River for two years in Phul Biju. I prayed fervently to the Buddha that the world would be completely tax-free. ‘

On the first day of the festival, Chakmas, Marmas, and Tripuras decorate their houses with Biju flowers or rice. The elders have cleaned the furniture in the house and yard with gold and silver water.

A colorful procession was organized by Khagrachhari District Council in the morning. The procession started from the district council premises, went around different roads, and ended at the town hall. In Bandarban there were Chakma, Thanchangya, and Phulbiju of Tripura. They said goodbye to the old year by floating flowers in the river Sangu. Today, on Wednesday, the main Biju will be cooked at home. Tomorrow is Thursday. The Biju festival will end with this.

According to the Marma calendar, the Sangraing festival of Marma and other peoples will start today. The Mars procession will be taken out from the Rajbari ground of the district town at 8.30 am at the beginning of Sangraing Poe. Minister for Chittagong Hill Tracts Bir Bahadur Ushaising will be the chief guest on the occasion.